by The King Oliver Project 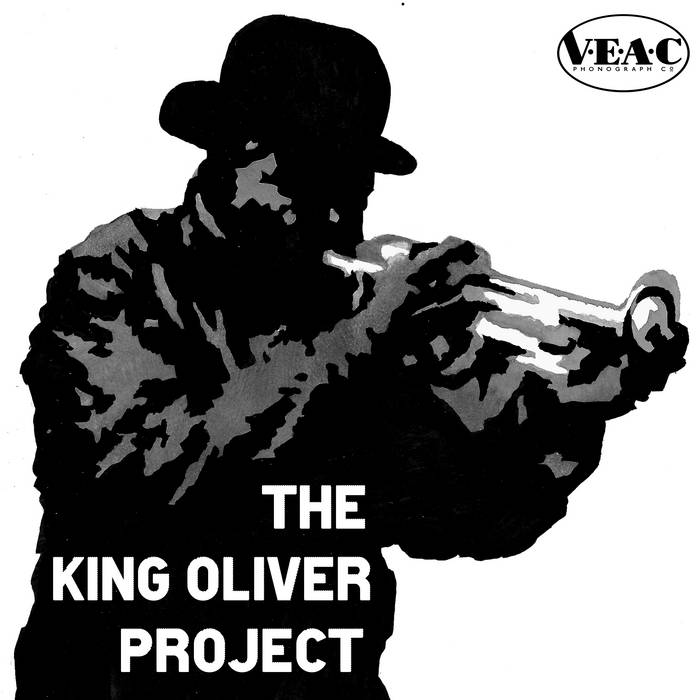 In early 2019, we set out to learn more about the iconic ensemble style of King Oliver’s famous Creole Jazz Band. We transcribed a selection of their most famous 1923 recordings note-for-note and learned to them as closely as possible to the style of the original recordings. As with many musicians throughout jazz history, we were inspired by the amazing group interplay and distinct counterpoint of the group. We wanted to recreate the visceral excitement of the band that took Chicago by storm in the early 20s when King Oliver sent down to New Orleans for his protege Louis Armstrong to join the band on 2nd cornet. Much has been written about Armstrong’s emergence in this ensemble, but we were more interested in the highly organized and intricate counterpoint in the band, a particularly beautiful rendering of the group focus of early jazz. Like Oliver and Armstrong, almost all of the other players in the original band - Johnny Dodds (clarinet), Baby Dodds (drums), Honore Dutrey (trombone), and Bill Johnson (banjo) - also hailed from New Orleans. This early group of Crescent City musicians in Chicago, plus the inimitably rock-solid and propulsive piano of Memphis native Lil Hardin, played with a selflessness and dedication to the group aesthetic inspired by King Oliver’s powerful leadership that created the timeless recordings we have recreated and expanded upon here.

In addition to our artistic and musical motivations, the fidelity of the 1923 recordings is notoriously poor, so we hoped to shine some light on the inner workings of the band with a new recording of all the parts as originally played. Due to the limitations of the recording technology of the time, acoustic bass was not used on the Oliver records and Baby Dodds did not play on a full drum set, only a woodblock, cymbal and occasional snare. We have added Will Scott on bass, playing in the exciting bowed and slapped styles of Bill Johnson, who was restricted to banjo on the original records. Additionally, Nicholas Ball has used his extensive knowledge of Baby Dodds’ drumming from other recordings to add historically appropriate full set textures to the ensemble. We decided to record the cornets primarily without straight mutes, which Oliver and Armstrong used on many of the recordings, as we guessed the mutes would have been used considerably less in live settings. We chose to record in a medium size room with a single high-fidelity Neumann microphone, a nod to the original band’s ability to balance themselves around one recording horn while adding a contemporary level of fidelity.

In addition to seven transcriptions, we have also included three tunes which were performed by the Oliver band but not recorded by them, adapting what we learned from the transcribing process to these tunes. "Junk Man Blues" (not the same tune as "Junk Man" or "Junk Man Rag") was actually recorded by the Oliver band on October 15, 1923 - unfortunately it was never issued, so Michael McQuaid’s new arrangement imagines how that lost recording might have sounded, based on characteristic features of the band’s style and recorded arrangements. To our knowledge this is the first time a recording of the tune has ever been issued.

"Papa What You Are Trying to Do To Me I’ve Been Doing It for Years" was composed by Louis Armstrong along with trombonist Preston Jackson. They lodged it for copyright in 1923, so there’s every chance it was part of the Oliver band’s repertoire. McQuaid’s arrangement follows the example of the only known recording of this tune, by Chris Tyle’s Silver Leaf Jazz Band, and casts it as a rollicking stomp.

“Mister Joe” is a composition of the New Orleans pioneering pianist Jelly Roll Morton, whose “Froggie Moore” was recorded by the Oliver band in 1923. In an interview late in his life, Morton mentioned that this tune was in the Oliver band’s repertoire and that its title is in fact an homage to the great cornetist himself. Andrew Oliver adapted this arrangement from Morton's 1939 piano solo recording which, in true Morton fashion, contains various textures of clarinet, trombone, and cornet breaks which were hallmarks of his “band-style” piano playing.

Overall we hope this recording captures some of the excitement of a seminal moment in jazz history, illuminating the intricate counterpart and beautiful instrumental styles of Oliver's carefully crafted yet free-flowing ensemble and reimagining some tunes which the band likely performed but never recorded.

Thanks to Rock Bottom Music for the use of the microphone.

Bandcamp Daily  your guide to the world of Bandcamp

Serena Cherry debuts her black metal project, plus a Pick from the Crypt block from Svalbard